I am pleased to post a draft version of Minimal Experiments joint with P.J. Healy. 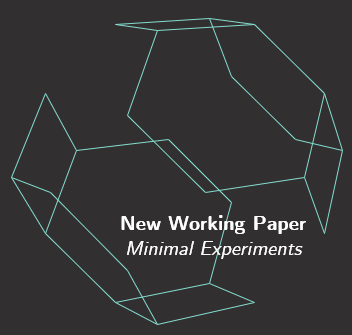 Just like everyone else, I have been playing Wrodle. Here are notable solutions.

This was my first game of Wordle. Getting this in three hooked me on the game.

This week’s Tidy Tuesday data is a record of chocolate ratings. I created a simple Shiny App that provides a text description of chocolates in a certain cocoa percentage range. For instance:

Chocolates with cocoa percentage ranging from 85% to 100% are most often described as: bitter, spicy, earthy, intense, and mild-bitter. They most often originate from: Blended Origins, Ecuador, and Belize.

Flight of the Bumblebees 1/10/22 @programming

Tidy Tuesday is a weekly data science “challenge” for the R community. This week’s dataset tracks bee colonies in the US over the past few years.

This week, I made an R Shiny web app that converts data on the number of colonies in each state into a song. My favorite state is listen to is Georgia (my home state). When played fast enough, these little songs sound vaguely like Flight of the Bumblebee.

The app can be found here.

At the moment it does not work on iphone, but has been tested on windows, linux, and android.

During winter break, I worked on a new project using my 3d printer. I attached a small keybaord to a Raspberry Pi 4 and 7.9" waveshare screen to create a tiny linux terminal. It is easy to cary around, energy efficeint, and powerful enough for working on papers, taking notes, and editing my webpage. 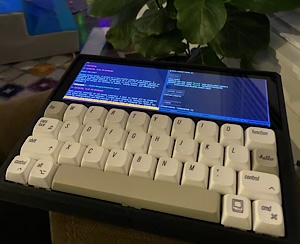 The goal in code golf is to produce a program that solves a problem with as few characters as possible. Here is a code golf problem where R does pretty well.

This problem comes from Here.

Print all the abundant numbers from **1* to 200 inclusive, each on their own line.*

This code takes advantage of R’s matrix functions and operators. It is 46 Characters

Andrew Dustan, Kristine Koutout and I have completed a new working paper: Reduction in Belief Elicitation.

I am now on gopherspace at gopher://gopher.gregcleo.com:70/.

My gopher server runs in a docker container on a docker “swarm” in my raspberry pi zero cluster. Here’s a picture of this funny little server: 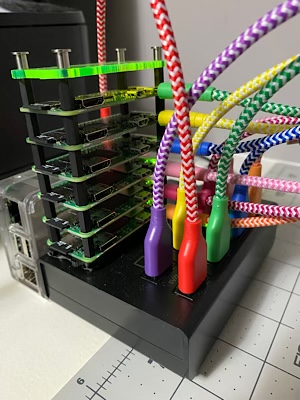 The Gopher Protocol is an alternative to HTTP that was created in 1991 at the University of Minnesota. It is a very simple protocol for the distribution of (primarily) text. Gopher has had a resurgence recently thanks to the “Small Internet” movement that aims to get away from the bloat and noise of the modern internet. I remember Gopher vaguely from my childhood. It’s a digital world that has been stuck in twilight for 25 years.

You have a few options for visiting Gopherspace. If you have Linux, you can use the Lynx browser, which supports both gopher and http. On Windows or Mac, you can look for a native gopher client, or use the Firefox add-on client called “Overbite”. If you do not want to download a client, you can also use the Floodgap Public Gopher Proxy, which allows you to view the Gopherspace through your http browser.

I write a lot of stuff in LaTeX, but I was curious what else was around when LaTeX was created. ChiWriter is a document editor for MsDos with built-in math fonts written by Cay Horstmann in 1986 (two years after the introduction of LaTeX). It’s awesome and available as abandonware on Cay Hortsmann's Website. 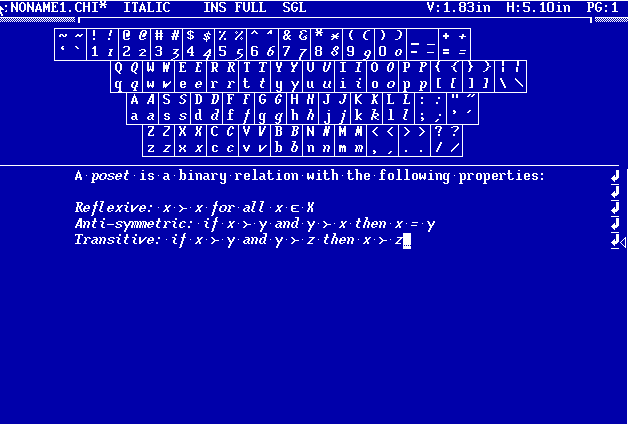 Here is a snip of the “printed” Postscript output.

In this paper, we analyze a dynamic coalition formation game, the “seqeuential proposer game”. A player proposes a coalition. The players in that coalition accpet or reject the proposal. As long as each player is able to make enough proposals, the equilibrium outcome is Pareto optimal.

Matching Soulmates has been accepted in the Journal of Public Economic Theory. The latest version of the paper is available here.

Welcome to my new website. This new website generator is written in R. The theme (which has since been updated), celebrates the 30th anniversary of the public World Wide Web. See for instance: Caine, Farber & Gordon.

This page builds automatically using github actions! This lets me update the page and add content from anywhere. In fact, I posted this update from my Pocket C.H.I.P.